A Thrilling and Fantastic Photo Shoot Experience in Macau

Popularly known as the “Las Vegas of the East,” Macau has an amalgamation of Portuguese and Chinese culture. Globetrotters visiting the city look forward to experience their vibrant heritage, and unique old charm.

As the adage goes “a client is always right.” Sergiy, a client from Hong Kong, wanted to have exceptional photographs of him taken for his Instagram and Facebook page. Sergiy was also specific; about the photographer, he needed someone who was well-versed with the most beautiful spots in Macau. Having a good itinerary of Macau, our travel photographer Lewis took up the job.

It would be an easy task for Lewis since Sergiy would be alone; hence directing him to the best places for a photo session would be seamless.

Lewis, our photographer, was put to task and the satisfaction on Sergiy’s face was evident. The locations chosen for this photography session were what anyone would desire. On his part, Sergiy knew when, and how to pose with each picture taken by the photographer. Beautiful logograms of the Chinese people could be seen in backgrounds of most images. 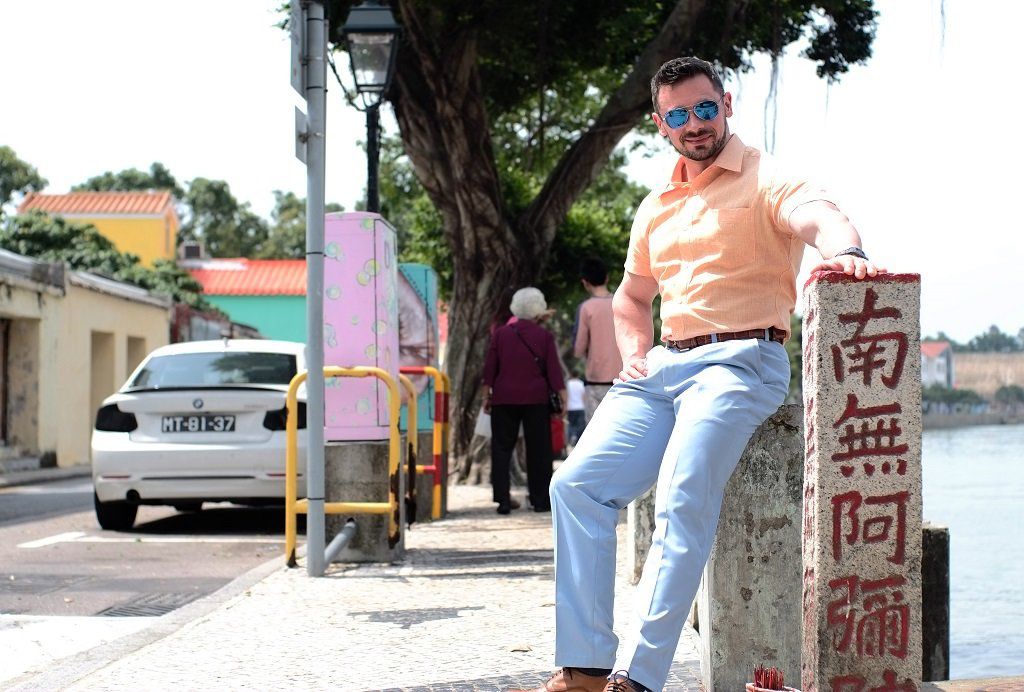 Sergiy’s pose while seated on a bench, would easily be mistaken with a celebrity shooting a movie scene. With his sunglasses on to shield him from the scorching sun, Lewis directed him to various places where they could have some more photos. Each moment resonated with the expectations of Sergiy’s solo trip. He stood some meters with a sculpture on his background. At this point, Lewis ensured that both images were captured in the picture. Enjoying Each Moment in Lovely Macau

From a distance, the flag of the Republic of China could be seen; Lewis had a way of handling the camera and was able to capture each figure in the background. When back in Hong Kong, family and friends to Sergiy would be dazzled at how colorful the photographs came out. Sergiy stood with his hands full behind some yellow pillars with his broad smile. 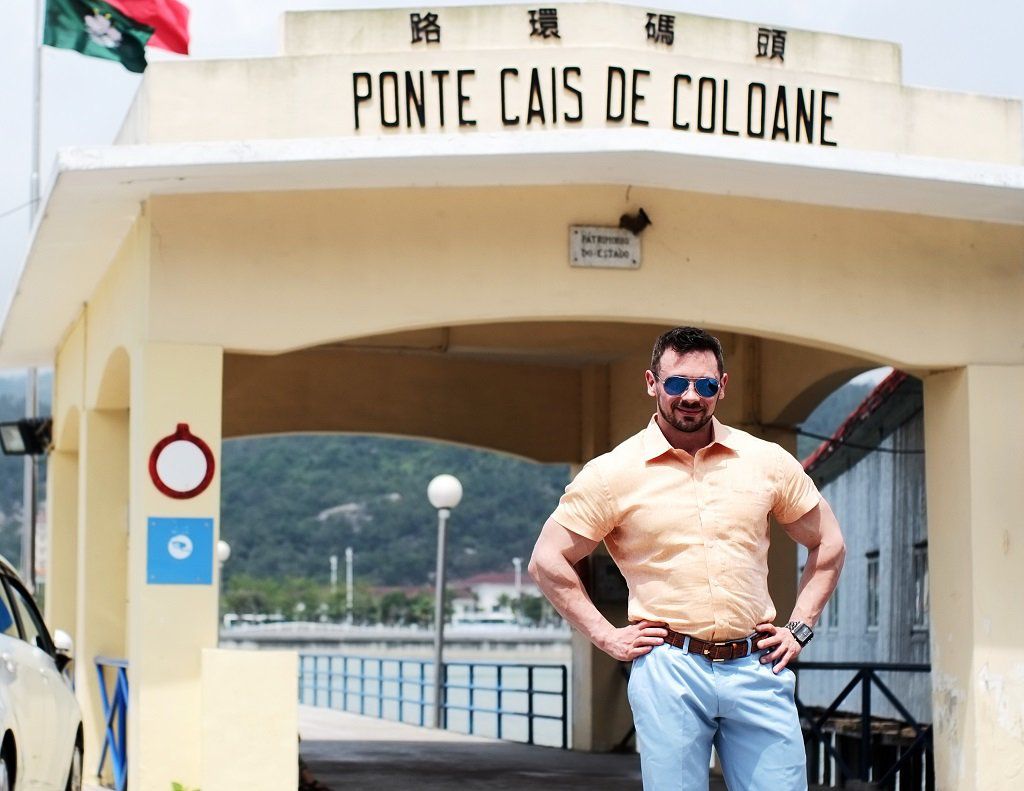 In the background, the yellow writings in Chinese were a little bit glittery complementing the picture. So far, everything was a drop in the ocean, there was much more to come. Lewis had some more exciting areas in Macau where Sergiy would pose for several photos before the end of the day. With his bag on one side of the shoulder, Lewis took several photos while zooming out the images in the background. What could be seen as the road which was spick and span. You would think it had been newly constructed. With experienced photographers in any given city, you are sure to have the time of your life with photo sessions in some of the iconic areas.

A Moment with the Locals

Sergiy joined some Macanese people on a bench, and Lewis did an admirable job of taking several shots of them. At another point, Sergiy posed as though he was purchasing some of the goods which the local people were selling. Each photograph taken by Lewis would tell so much about the culture of the people in Macau. Sergiy could not miss a chance to have photos of him taken with the small lake as his background. It was beautiful, and in the distance, one could spot a kayak. More pictures were taken some in the oldest part of the town with ancient ruins in the background.

The day had been very fruitful. Thanks to our diligent photographer, Sergiy managed to see most of the beautiful places in Macau. Before calling it a day, a final solo photo shoot of Sergiy was taken at the front of “Ponte Cais De Coloane,” and the image was photogenic.

Our professional photographers are in destinations around the globe helping you preserve your memories forever. Wherever you’re planning on traveling next, don’t forget to hire a vacation photographer for your future travels. 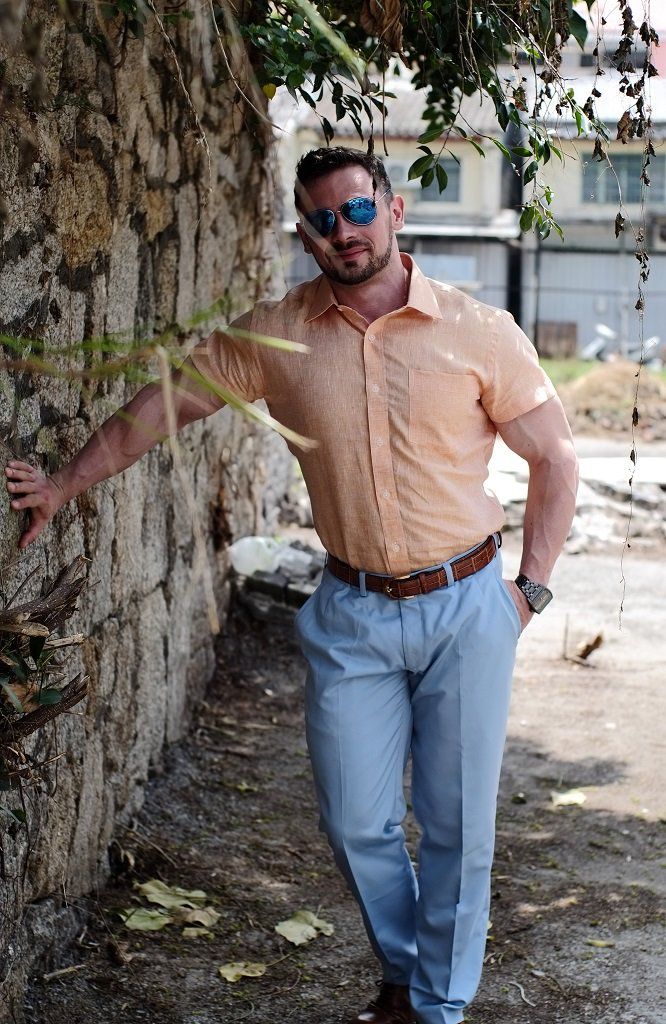 15 Reasons Why Booking a Profess...
Kids, we love them. They are full of joy and bring a never-ending spark of happiness when…
The Most Adorable Baby Photoshoo...
As cute as babies are, it’s no easy task to try to get them to pose for…
What Constitutes a Great Camera?
A couple of decades or so ago, people would have viewed cameras differently. Over recent history, photographers…
Our Partners: