Havana: Photos from the Holiday of a Lifetime | Vacation Photographer

Jazz, crumbling buildings and salsa are some of the things that come to mind when one thinks of a  vacation in Cuba. Jinly and her husband enjoyed a photoshoot around the iconic city of  Havana to  capture their special memories while on holiday. When traveling as a couple it can be hard getting the perfect vacation photos: jostling with tourists for
space at the most well-known sites and asking strangers to take photos of you can sometimes leave you
with less than desirable results. Jinly was determined to come back from vacation with the perfect
photos of her and husband in Cuba, so that they could show these to their family and friends back
home. Jinly hired Izuky, a local couples photographer, for a photoshoot in Havana to ensure that they
will remember their dream vacation for many years to come. The Essence of Cuba

Beautiful architecture can be seen in any given city in Cuba, but especially in Havana where the wealth
of architectural styles are a testament to the rich and mixed cultures that make up the nation of Cuba.
The Moorish, Spanish and art deco buildings of Havana make a stunning backdrop for the photos of Jinly and her and husband.

Izuky chose the most iconic locations in Havana and took the couple’s first set of photos outside of the city’s main Cathedral. The ancient cobblestones of the plaza and the crumbling facade of the Cathedral combine to make a romantic background for the couple, who are laughing, listening to music and gazing into each other’s eyes as Izuky captures their special moments on camera. Izuky also captures the musicality of Cuba, present in all of its streets and squares: that of the Cuban
musician playing. Izuky has the couple pose next to the musician while he plays, creating another
romantic setting for their photoshoot in Cuba. For the next set of photos, Izuky had the couple pose in front of what has now become the symbol of
Cuba: the 1950s classic car. The classic cars that can be seen on the roads of Cuba are all part of its  history; for years Cubans were not allowed to import foreign cars and so the only vehicles on the road
were the classic cars. The couple pose in front of a bright red automobile, with palm trees in the
background, while Izuky captures natural and posed photos of them together. Just as the sun was setting, Izuky chose to have the couple pose by the waterfront of Havana. A well-
known location to locals, the waterfront is where Cubans go to fish, drink and hang out with friends. The colours from the sunset reflect beautifully against the water and Izuky captures those special moments
between Jinly and her husband, getting some candid photos of them kissing. 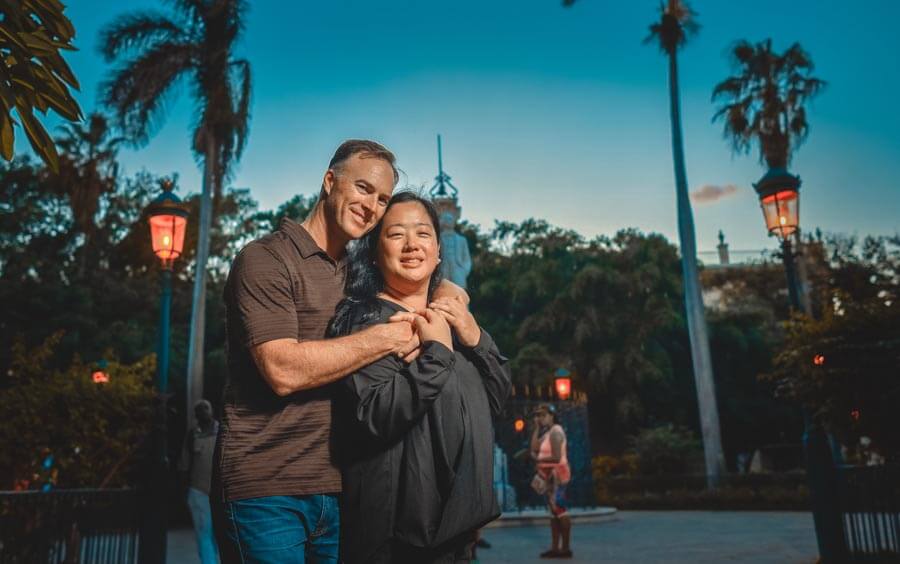 Izuky did a wonderful job of capturing the love between the happy couple during their vacation of a lifetime in Havana, while also capturing the best of Cuba, so that they can remember their holiday for the rest of their lives.