Stunning Natural Light Photography on the Streets of Tokyo

The streets of Tokyo are full of interesting surprises. Glittering neon lights highlight Michelin star restaurants and some of the best shopping districts in the world. When George needed a local photographer for a downtown Tokyo with his family, Jaydine was quick to respond. Starting at a World-Class Hotel

We started at the Celestine Ginza Hotel, in Central Tokyo. The streets this close to the waterfront are alive with activity and created a fantastic backdrop for the family outing. When you’re looking for a city to make you feel alive and give that urban flavor to a photo shoot, you’d be hard-pressed to do better than Tokyo. With a population of over 9 million people in the central ward and a metro population of nearly 38 million people, Tokyo is the largest urban area on the planet. Yet Tokyo is also constructed with urban architecture in mind. You’ll find that with the help of a local vacation photographer like Jaydine, there are tons of amazing places to do portraiture. The classic Western architecture often meets traditional Oriental design in its parks and various wards. This gives Tokyo a very unique character that makes it a paradise for photographers and vacationers alike. If you’re new to town it’s an excellent idea to have someone familiar with this unique character so that you don’t miss a single photographic possibility! As George favors the urban flavor of the city, the photo shoot went from the vibrant streets to one of the many subway stations. Tokyo’s metro is one of the largest in the world in terms of ridership and stops. There you can get a feel of the city’s urban character as his family strikes urbanite poses while waiting for the train. With these artfully captured moments you’re made to feel as if you’re standing there on the platform with this beautiful woman. You can almost feel the wind rushing by with the blurred motion of the passing train. 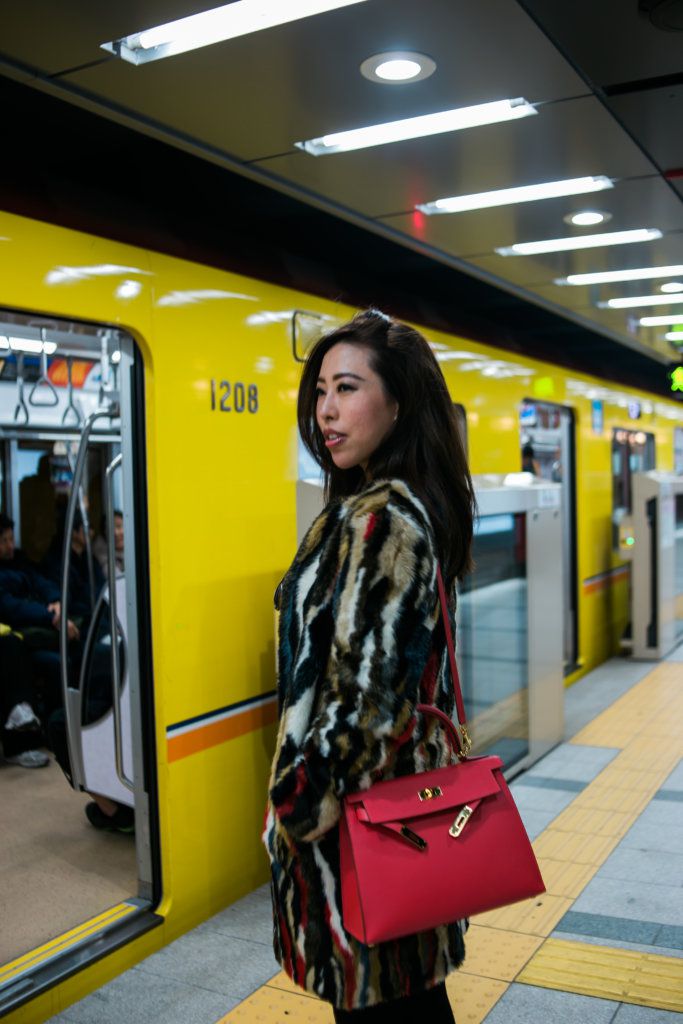 Back on the streets Jaydine leads the group in reminding the viewer that even the busy modern Japanese family has time for smiles and fun on the streets. Because George hired a professional photographer for this shoot he’s managed to focus on coffee, kisses, and shopping with Jaydine in the background giving direction. You’ll never have an easier and more fun time on a photographic outing than when someone else is in control of the camera! The shoot then goes on to a local market with a traditional Japanese arch, full of possibilities for portraiture. Jaydine knows that the modern fashion of George’s family will make for a stunning contrast with the traditional Japanese lanterns, towers, and archways in the Tokyo market. And the open air flavor is gives the entire album a nice shift in flavor from the steel and concrete world of Ginza and the underground Metro. As evening comes around the street lanterns begin to click on. The natural light begins to take a slightly pink shift and less pedestrians crowd the lanes, giving George and his girlfriend time for some private couples’ photos with just the two of them. Thanks to the knowledge of their local photographer this photo shoot went as well as it possibly could have. The advantages of hiring a professional photographer for your vacation are tremendous!