A Professional Photo Shoot at SO Sofitel Bangkok

Kevin and his wife were so impressed with the Sofitel Bangkok that they decided to book a professional photo shoot to commemorate their time there was on the agenda. Problem was, as visitors they didn’t know how to find a local photographer. Fortunately, Ian was there to help them out.

Why You Should Hire a Vacation Photographer in Bangkok, Thailand?

Thailand is known as the Land of Smiles for good reason. The sultry weather, amazing food, and Buddhist culture all contribute to the welfare and happiness of the cheery Thai people. This is especially evident in Bangkok, the capital and largest city of the Kingdom of Thailand.

With over 8 million people in this modern Asian metropolis, Bangkok spans the range from the ultra-rich to depressingly poor. Thousands of Buddhist temples dot the city. The historic center is Rattanakosin Island in central Bangkok, home of the Grand Palace. From there the city radiates outwards into a series of districts that run the gamut from night markets to financial hubs.

Bangkok has one of the liveliest street scenes in the world. Over 100,000 hawkers patrol the streets, offering everything from Chinese made name brands to fried scorpions and delicacies from all over Thailand. So if you love being surrounded by the beating pulse of a major city there are few better choices than Bangkok! 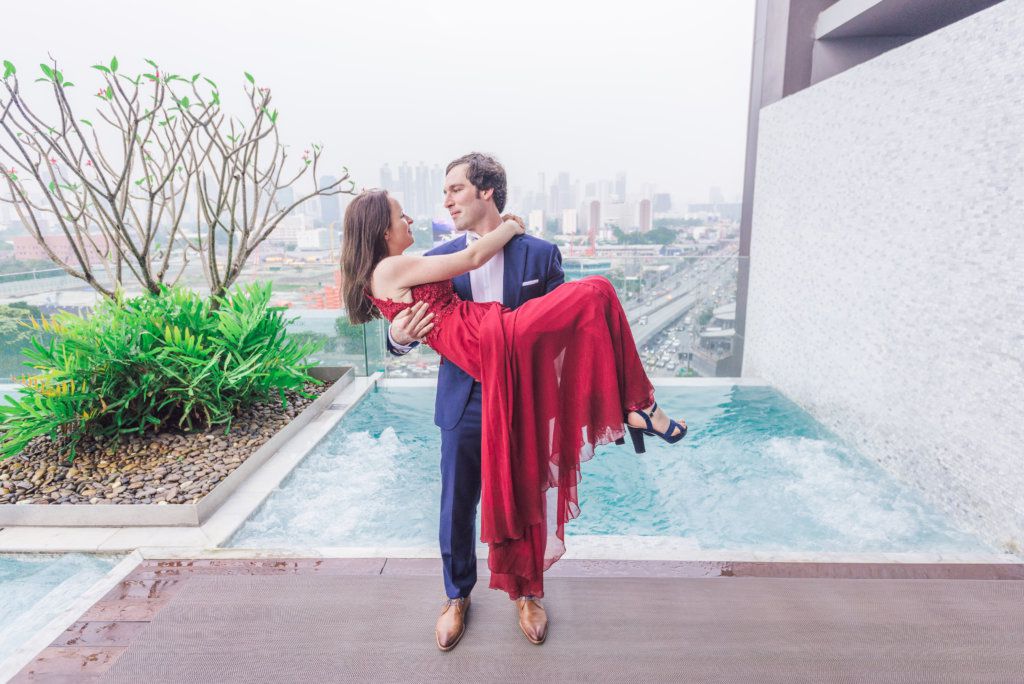 Kevin and his wife already knew what they wanted: a romantic and professional photo shoot at the Sofitel Bangkok. The Sofitel is a 5-star hotel in Sukhumvit with incredible bar and poolside views of the surrounding city. Visitors can relax in comfortably cool rooms while enjoying world-class dining in the Thai capital.

Kevin has already found an expansive view in the dining room that his wife approved of. Ian chose a wide-angle field of view for the majority of their shots. While traditional portrait shoots often rely on blurred backgrounds and close-up views of the subjects he decided he wanted these photos to be as much about the place as the lovely couple. And it works incredibly well! Notice how the background skyline coupled with the ultramodern décor of the hotel adds class to the whole scene. It’s clear it’s an urban shoot. The shoot then moves outside to the pool where they first pose with Kevin carrying his wife around the edge. After sharing some kisses, it’s time to soak in the sunlight and swim! The pool has an incredible view of downtown Bangkok with glass paneling and the couple do a few laps while taking time to appreciate one another. Ian gives professional direction and the young couple poses perfectly with Bangkok as a backdrop.

The last few photos definitely have an intimate flavor that works nicely from the more business-like flavor of the beginning. The whole album is very well designed thanks to Ian’s creative vision. Many people don’t think about just how much a professional photographer can bring to a photo shoot. Years of directing models, positioning, and knowing how to work with light come together in a way that you may not be able to recreate even if you have an advanced camera and remote shutter. 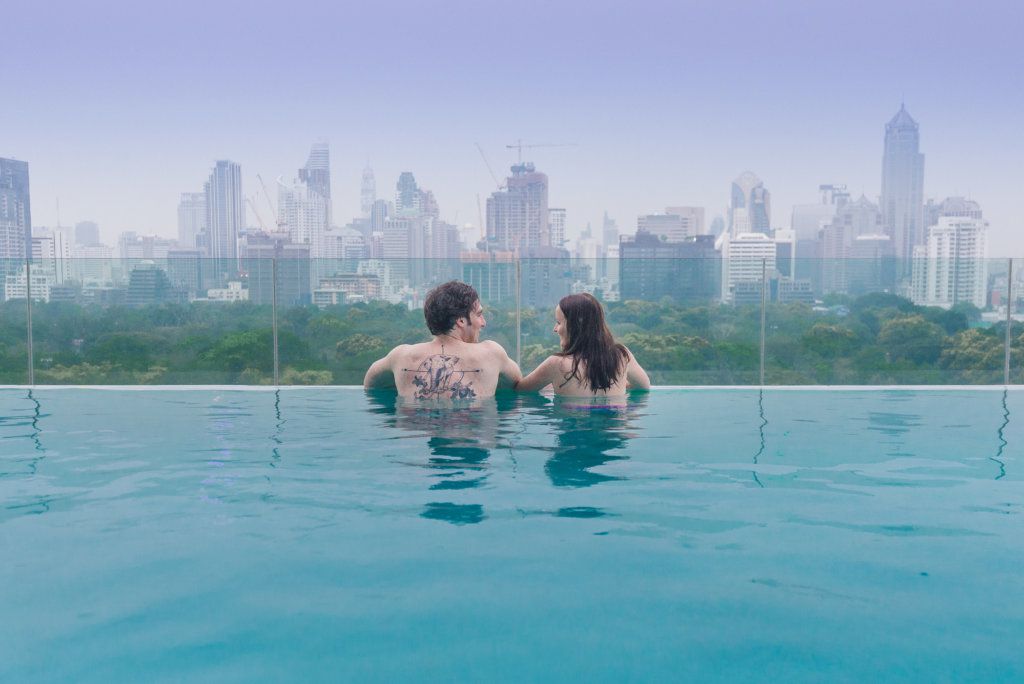 So be sure to capture an event or vacation in the best way possible and hire a local photographer in Bangkok. You’ll never regret for a second revisiting professionally captured memories. Safe travels!

Booking a Photographer in Bangkok Couldn't Be Easier!
Check the Whole Process Here
Share this article or Pin it for later